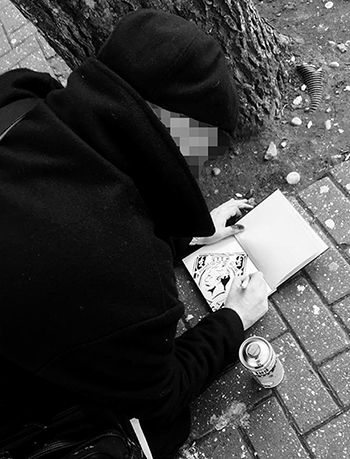 Creating amusing & punchy pieces for the street using various mediums.
As well as detailed multi-layer stencil work in the studio.

RIP has painted at various outdoor festivals & events within the UK
as well as exhibited his work internationally.

You can find RIP’s street work in the alleys and backstreets of nearly every
UK city as well as many locations around Europe.
Have you spotted a RIP recently?

( RIP with artist and musician Jimmy Cauty 2016 )
(The KLF, co-founder of The Orb and as the man who burnt one million pounds) 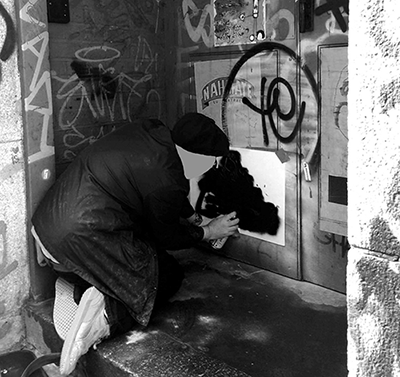